We are AKC licensed to host Conformation Specialties, Agility, Obedience, and Rally Trials, Scent Work, Tracking Dog (including Urban and Excellent) and all other events that the club is eligible for under the rules and regulations of the American Kennel Club.

The PSDPC and its members assisted in the early development of the Working Aptitude Evaluation (WAE). We help Doberman Pinscher fanciers from all over the Northwest and Canada to receive their Working Aptitude Certificates (WAC) by holding a well attended WAE approximately every other year.

The Objects of the Club shall be:

(a) To encourage and promote the breeding of pure-bred Doberman Pinschers and to do all possible to bring their natural qualities to perfection.

(b) To urge members and breeders to accept the standard of the breed as approved by The American Kennel Club as the only standard of excellence by which Doberman Pinschers shall be judged.

(c) To do all in its power to protect and advance the interests of the breed by encouraging sportsmanlike competition at dog show and obedience trials;

(d) To conduct sanctioned and licensed specialty shows and obedience trials under the rules and regulations of The American Kennel Club. 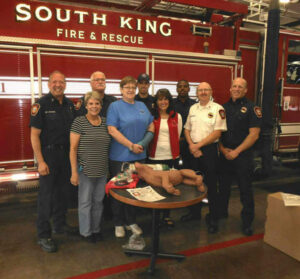 PDSPC often holds silent auctions and other fundraising efforts at our Specialties and agility trials to support community organizations helping dogs, such as the Doberman Pinscher Health Foundation. Pictured at right is the Club presenting the Federal Way Fire Department in South King County with “Fido Bags”, animal resuscitation equipment. Funds were raised in 2019 to provide this life-saving equipment.

PSDPC general club meetings are usually held the second Monday of every other month at 7:30PM. General meetings are held January, March, May, July, September and November. We typically meet at Claim Jumper Restaurant in Tukwila, although the location can very.  Email our Club Secretary, Megan Sen, to let her know you’ll be coming and confirm the location.

Regular membership meetings of the Club serve a number of purposes:

Puget Sound Doberman Pinscher Club was founded in 1969 by Gerald and Barbara Gaines together with several other families. Our first Specialty Show was presented in 1972 and we became fully licensed by the AKC in that year.

The club has grown in both membership and skills in holding AKC Events.  We hosted the Doberman Pinscher Club of America National Specialty Show in 1981 and began having two Specialty Shows each year in 1993. 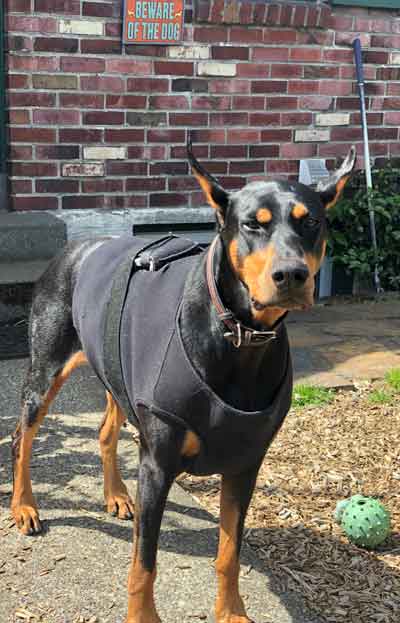 Dilated cardiomyopathy (DCM) in Doberman pinschers is an irreversible heart muscle disorder that affects Dobermans more than any other breed. DCM can cause ventricular arrhythmia (erratic heartbeats) and sudden death. Normal heartbeats are interrupted by rapid beats that fire too closely together, subsequently shorting out the heart, and the dog faints. About one-third of these dogs have no prior signs of the disease until they die. Some dogs recover, some die suddenly.

Dobermans with DCM can also develop congestive heart failure when the heart dilates to compensate for the weakened heart muscle. This causes the heart to hold a greater volume of blood, causing fluid to back up in the dog’s heart, lungs and abdomen. Signs of pulmonary edema include coughing, rapid breathing and lethargy. By the time the characteristic clinical signs, such as weakness, lethargy and coughing, appear, the disease may be advanced and the prognosis grim.

DCM affects male and female Dobermans equally. Individual dogs vary in the age of onset, rate of disease progression and frequency of sudden death versus congestive heart failure. Environment and lifestyle factors could play a role as well. Affected dogs benefit from drug therapy, which offers palliative care but does not alter the long-term effects of the disease.

Holter monitoring is a noninvasive method of assessing the heart’s rhythm and rate. It is easy, painless, and inexpensive. A 24-hour electrocardiogram records information about the heart’s electrical activity over an entire day. Along with echocardiograms (offered to members at our Health Day clinics), Holter monitoring helps identify dogs that might later experience sudden death or develop structural disease if not already present.

Early detection of the disease is critical. Regular monitoring of your dog can potentially add years of life.

The PSDPC has a Holter monitor available for rent. Contact Kim Owen for details on renting the Holter. Please note: you must download and sign the Rental Policies before getting the Holter. We will generally respond via email within 48 hours, if not, please try again – sometimes emails make into the spam folder. Please include the dates that you would like to use the Holter.

1. The cost to rent a Holter Monitor from the PSDPC is $25 per week for MEMBERS & $35 per week for NON-MEMBERS. A PayPal option is below. If longer than a week is needed to test additional dogs, please inform the person coordinating the rental of a PSDPC monitor.

2. Rental of a PSDPC Holter Monitor (with or without a full kit) includes the Monitor and 2 Holter Monitor hook up kit packets that are included in the kit.

3. Each additional packet is an additional cost or, you can order the packets yourself from ALBAMEDICAL.com (Prior to your rental is recommended).

4. Loss, theft, breakage or damage to the Holter Monitor unit, wires, vest, or the vest belt, Holter pouch and card reader etc. will need to be reimbursed. Reimbursement will be by purchasing new replacement equipment via Alba Medical or through monies paid to the club to replace the damaged equipment.

5. After the 7 day rental period, late returns will be charged at $25 per week. Proof of return will be by postal receipt.

6. The PSDPC reserves the right to refuse service to anyone who has misused the privilege of renting the club Holter Monitor or those we are concerned will misuse the privilege. We value our Monitors and will not allow them to be misused. 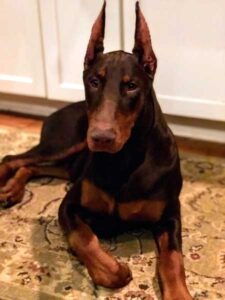 NOTE: You must arrange schedule and pickup with the Club representative before payment.Click “Schedule Rental” button to do so. Payment alone is not guarantee of rental.

Rentals are $25 for Club members and $35 for non-members.

Click to email any member of the PSDPC board.